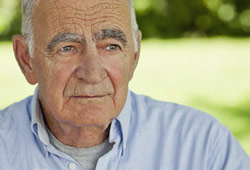 It has been known for some time now that diabetes is a risk factor for a type of dementia known as “vascular dementia.” This is because diabetes can cause damage to blood vessels, including the blood vessels of the brain. When blood flow to the brain is either blocked or reduced over time, it leads to symptoms such as confusion, memory loss, and other types of cognitive impairments.

Researchers are now beginning to think that diabetes, especially type 2 diabetes, may be a precursor to Alzheimer’s disease as well. Diabetes seems to cause brain changes which echo the types of changes that are found in the brains of those suffering from Alzheimer’s disease.

What the Research Says So Far

This link was discovered by researchers in a  2013 study out of the Geriatric Research Education and Clinical Center of the Middleton Memorial Veterans Hospital in Madison, Wisconsin. The study followed 121 individuals for approximately 4 years. It found that those who initially showed a very high insulin resistance were more likely to show lower brain volume and increased brain atrophy 4 years later.

This study further confirmed the conclusions of a 2011 paper which was among the first to posit that type 2 diabetes and Alzheimer’s disease showed a possible link in their pathology. This particular review found many links between the two conditions as the researchers looked at all of the peer-reviewed research available at the time.

Though there is no doubt that more research needs to be done in order to solidify and understand this connection, the results so far clearly indicate that there is a correlation between diabetes and Alzheimer’s.

The question that researchers are now tasked with answering is “why?” Why might type 2 diabetes be a precursor to Alzheimer’s disease?

One avenue that researchers are exploring is the fact that type 2 diabetes, as mentioned above, sometimes causes the types of cognitive deficiencies which are later seen to a more pronounced degree in Alzheimer’s patients. Though problems with memory and mild confusion are considered to be normal signs of aging, some researchers posit that having type 2 diabetes exuberates these problems and leads to Alzheimer’s.

This may be because a common symptom of diabetes is the development of beta-amyloid protein plaques in the brain. These protein plaques are also one of the most common signs of Alzheimer’s disease, promoting some researchers to suggest that Alzheimer’s should be considered as sort of a “type 3 diabetes” or “brain diabetes.”

What You Can Do To Prevent or Manage Diabetes

There are a few simple things that you can do to lower your risk of diabetes and Alzheimer’s or to better manage type 2 diabetes if you have it.

1) Follow and stick to the advice of your doctor or health care team. This is a big one.

3) Change your eating habits and try to include more fruits, veggies, and whole grains in your diet.

Be the first to comment on "Time to Get Healthy: Study Reveals Diabetes/Alzheimer’s Correlation"